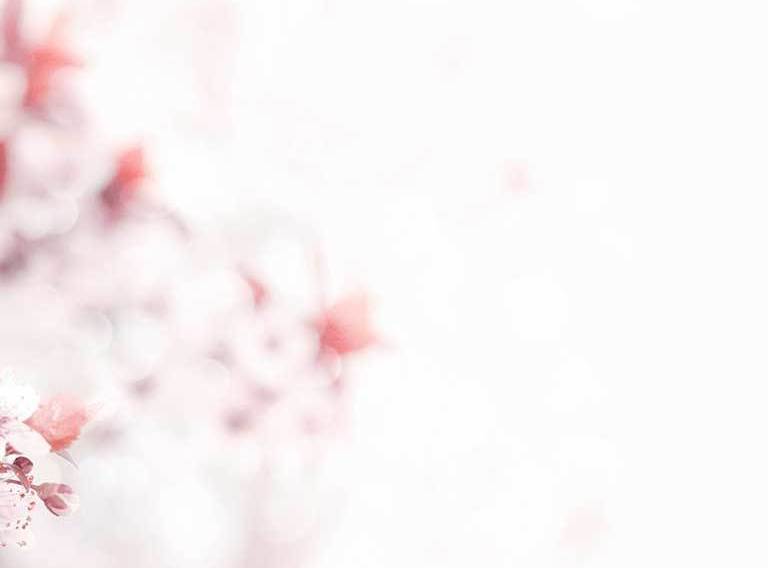 Five Weddings and a Funeral 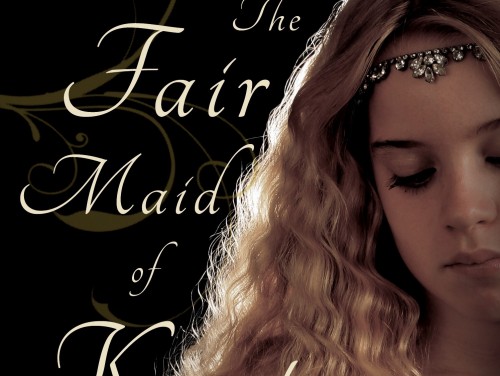 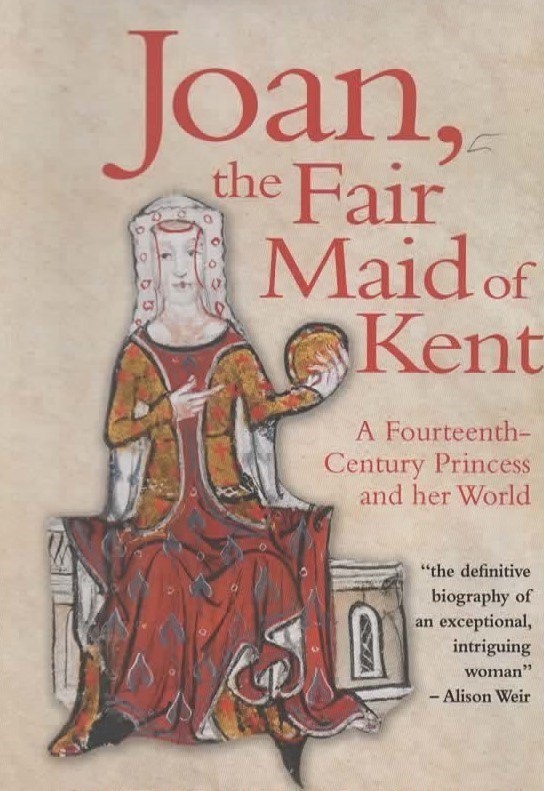 It could be said that Joan of Kent's life was one long scandal from beginning to end. After all this was a woman who managed to have five weddings before the age of 34! Although that was a little unusual it was not particularly scandalous. In an era when a girl might be married for the first time to a much older man who might die leaving her a young and desirable widow, and where marriages were contracted for family advantage rather than for personal preference, it was perfectly possible to notch up several husbands. Joan's half-cousin Elizabeth de Clare had three and Joan's namesake granddaughter, Joan, Duchess of York, had four. Men died in battle and from the natural hazards of disease and war when fighting abroad. It was even believed that a man could die from over indulgence in nocturnal exertions with a new, young wife! Mind you, this was also a time when it was believed that female ailments could be cured by sexual congress!
Although Joan had five weddings she only had three husbands. Two of her husbands she married twice.

Wedding number 1
Joan's first wedding took place some time in the spring of 1340, probably in Ghent, and her husband on this occasion was Thomas Holand, a knight about twice her age (she was 12 or 13 and he was probably 24). The wedding was secret. There were witnesses in attendance but no priest. It is not surprising the wedding was secret as this marriage was a total mésalliance. Joan was the king's half cousin, a granddaughter of Edward I and a valuable marriage prize. Thomas was merely one of the king's knights, the son of a man guilty of betraying the earl of Lancaster and subsequently executed by Lancastrian supporters. Thomas was poor and could offer his bride very little in the way of luxury and Joan, as a member of the royal family, needed the king's permission to marry. This, if they had asked, would not have been given - hence the need for secrecy.

Wedding number 2
Joan's second wedding took place less than a year after her first. It was probably January 1341 at Bisham when she married William Montagu, the earl of Salisbury's son and heir. This was a very public wedding and would have been attended by many of the earl's friends and family, possibly even by the king and queen.
So why did Joan marry William Montagu when she was already married to Thomas Holand? There are several possibilities:

1. She believed Thomas Holand was dead
2. She believed Thomas Holand had deserted her
3. She had not consented to her first marriage and knew it was invalid
4. Someone (her mother?) told her that her first marriage was invalid
5. She was forced by the threat of physical violence or of being sent to a convent
6. She was trying to protect Thomas so could say nothing

Did anyone know that Joan had already gone through a form of marriage with Thomas Holand? It may be that nobody knew (other than Joan, Thomas and their witnesses) but it is possible that her mother, Margaret Wake, dowager Countess of Kent, had been made aware of the facts. If so, it may be that Margaret informed her brother (Joan's uncle) Thomas, Lord Wake, and it is also possible, but less likely, that the earl and countess of Salisbury knew. If so they may have calculated that Thomas could be "bought off". It is also possible that young William Montagu, Joan's second husband, knew. It is most unlikely that the king knew.
As to why it all happened, the opinions of Joan's biographers differ on the matter. Anthony Goodman in his 2017 book Joan, the Fair Maid of Kent describes Joan as "a disobedient teenager" whereas Penny Lawne in her 2015 book, Joan of Kent, thinks Joan was more sinned against than sinning: flattered, cajoled, manipulated and bullied by older, powerful men when she was barely more than a child.

Wedding number 3
Joan's third wedding occurred some nine years after the second when she married Thomas Holand for the second time. This wedding was the result of a two year campaign by Thomas to retrieve his wife from the Montagu marriage. Having at last acquired the necessary funds, he petitioned the pope in Avignon requesting that Joan be returned to him. After a lengthy, acrimonious and highly contentious investigation into Joan's two marriages, the papal tribunal found that Joan's original marriage to Thomas Holand was valid and thus her later marriage to William Montagu was invalid. The Bishops of London and Norwich were ordered to see Joan returned to Thomas and to have her marriage to him celebrated publicly.
We don't know exactly when or where this third wedding took place or who was present. It is possible that it was celebrated in great style with the king and queen in attendance but this seems unlikely considering the king's later coolness to the couple. As, at the time, England was being ravaged by the Great Pestilence (aka the Black Death), the wedding may have been a quick and simple affair, hastily arranged. The important point was that it had to be properly conducted, in public and in accordance with the rules of the Church with a priest present.

Wedding number 4
Joan's fourth wedding took place some eleven years later in the spring of 1361 a few months after Thomas Holand's death in Rouen. This time Joan married the king's son, Edward, Prince of Wales (known to us as The Black Prince) and it was another secret wedding. At the time the prince was the celebrated victor of the battle of Poitiers and Europe's most eligible bachelor. He was 30 years old. Joan was two or three years older, a wealthy widow with four young children and a chequered marital history.
So why did they marry?

1. He had always loved her and was now determined to make her his wife
2. She loved him and persuaded him she would be a suitable wife
3. There was a violent physical attraction between them
4. She realised the advantage to her children in having the prince as a stepfather.

It is quite possible that the real answer lies in some combination of two or more of these. But why did they marry so quickly and in secret?

Certainly Joan was not considered a suitable bride for the heir to the throne. Her marital status was ambiguous to say the least. One man she had married (William Montagu) was still living and it was not unknown for subsequent popes to overrule the decisions of their predecessors. If that happened the Montagu marriage could be considered legally binding. Also, the prince's marriage to Joan would bring no advantage to the English Crown. King's sons usually married the daughters or sisters of foreign rulers thus creating useful alliances and this is what was expected of the prince.

However as far as we can tell this was a love match on one side at least. Certainly the prince's contemporaries thought so. There was no doubt in their minds that the prince loved Joan. He had known her since childhood and doubtless they had played together in the royal nursery. His pet name for her was "Jeanette". He gave her many gifts in the years before they married and in his letter to her after the Battle of Nájera in 1367 he called her "my dearest and truest sweetheart".

But did she love him or was this, for her, solely a marriage of convenience? There was certainly a great advantage to her in marrying the king's son. Her children by Thomas would make more advantageous marriages than she could hope to achieve on her own or with a different husband, and in the fullness of time she would be queen - a glittering prospect for the woman who as a young girl had thrown in her lot with an impecunious knight called Thomas Holand. We don't know what Joan's feelings for the prince were but she was a loyal and supportive wife and gave him two sons.

Wedding number 5
Because Joan's fourth wedding took place in secret and because the bride and groom had an obvious kinship it was necessary, in order for their union to be legal, to procure a dispensation from the pope for a second (fifth) wedding and for the prince and Joan to be married in public. In fact several dispensations were given and by the time the matter was concluded to everyone's satisfaction (more than a year after this second/fifth wedding), four popes had ruled on the validity of Joan's marriage to Thomas Holand and two had declared the prince's marriage to Joan, lawful.

Wedding number five took place on 10th October 1361. It was in the royal chapel at Windsor with the archbishop of Canterbury, Simon Islip, officiating, and in the presence of the king and queen and members of the royal family, that the prince finally married his Jeanette.

Happy ever after? Possibly or possibly not. The prince died before his father so Joan never became queen but in 1377 their son, Richard, who was then 10 years old, succeeded his grandfather and was crowned king. Joan was now Lady Joan, the King's Mother.

A funeral
When Joan died on 8th August 1385 it was widely expected that she would be laid to rest in Canterbury Cathedral where the prince had his magnificent tomb and where he had made earlier provision for his wife's burial. Instead, Joan's will, written the day before her death, stipulated that she wished to be buried beside Thomas Holand in the chapel adjoining the church of the Greyfriars in Stamford. It is not known how this decision was received by her son, Richard, but he did not go against his mother's final wish that she should be buried beside her first husband.

It would be romantically satisfying to think that Thomas Holand, the man Joan married in secret when she was little more than a girl and who had fought so hard to retrieve her from her marriage with William Montagu, was the great love of her life and that in the end she wanted to lie with him in death. But we don't and we can't know. What we do know is that the scandal of his mother's marriages continued to haunt her son, Richard. He kept the papers relating to his parent's marriage which proved his legitimacy, in a locked chest which he kept with him at all times and when he went to Ireland in 1394 he entrusted the chest to the care of the archbishop of Canterbury.

The chronicler Adam of Usk later described Joan as "a mother given to slippery ways - to say nothing of many other things I have heard" - not perhaps the most flattering epitaph for a king's mother. Joan would have preferred the chronicler Jean Froissart's description of her as "the most beautiful woman in all the realm of England and the most loved."